New Zealand sea lions once ranged right around our coastline, however today they are largely restricted to the isolated islands of the Sub-Antarctic – with over 85% of breeding at the Auckland Islands.

Each summer the Auckland Island squid trawl fishery takes to these water with large trawl nets that scoop up squid. As well as picking up squid however, the fishing nets catch a number of sea lions. As rule-maker & whistle-blower, one of the first questions facing the new Minister of Fisheries – Phil Heatley – is how many sea-lions can be killed this season?

It’s a tricky question really for an incoming Minister, who I’m sure will be aiming to set his mark on the direction of New Zealand’s fisheries management. New Zealand sea lions are a threatened species with an enormously restricted range and are still undergoing population decline. They are protected under the Wildlife Act and the Marine Mammals Protection Act. However, under the Fisheries Act, it is quite acceptable to kill them. It is even supported so that the fishing industry can catch squid.

A quota on the number of sea lions that can be killed has been in place for the last 16 years. Once the limit is reached, squid fishing activities must cease. Sea lions killed in other fisheries (i.e. scampi, southern blue whiting and hoki fisheries) are not included in this quota.

Since 2003, a more information rich but highly complex model has been used to set the quota. It is like a minefield trying to get your head around the facts and figures Last year, based on advice from  MFish senior managers, the Minister made a controversial decision that greatly favoured the fishing industry – not the sustainability of NZ sea-lions. This was despite opposition from  the MFish science and policy teams as well as the Department of Conservation. 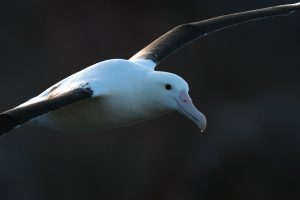 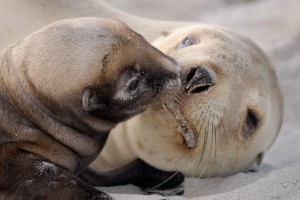 With recent research highlighting the plight of sea lions, now[...]