The Exclusive Economic Zone and Continental Shelf (Environmental Effects) Bill, known as the EEZ Bill, is among the most important pieces of legislation being progressed by John Key’s government. Forest & Bird, and everyone who cares about our marine environment, wants to support it.

As drafted at the moment, the Bill risks our oceans and our reputation. For industry, too, it’s a risk.

Reported back by the Local Government and Environment select committee on May 15, and currently passing through its remaining stages in Parliament, the Bill fails to keep promises made by New Zealand to the United Nations, and 162 other countries who have signed the United Nations Convention on the Law of the Sea. When we signed that law (UNCLOS, for short) we promised to protect and preserve New Zealand’s marine environment.

On land, and at sea within 12 nautical miles, we have the Resource Management Act. In the EEZ, there is no equivalent legislation.

Our EEZ is the fifth largest in the world, rich in biodiversity (home to around 80% of New Zealand’s biodiversity), a breeding ground and feeding place for seabirds (“seabird capital of the world”), a life support system for endangered marine mammals, including half the world’s whale and dolphin species.

Seabed mining, renewable and fossil energy, and aquaculture are development opportunities being sought offshore. They join other industries such as fisheries, whale watching – and all of the things that go on, unseen, in that important environment that are just about supporting ocean health.

The EEZ Bill should be the offshore version of the Resource Management Act. It has the same job: to help decide who can develop parts of the EEZ, under what conditions; and to ensure that the environment is sustained and protected.

Others who shared Forest & Bird’s view, and told the select committee that the Bill was inadequate, included the New Zealand Law Society, the Environmental Defence Society, and the Parliamentary Commissioner for the Environment.

These were submitters all coming from a position of adequately understanding the applicable law, including Parliament’s independent expert environmental adviser.

We said the Bill would expose New Zealand to a risk of being sued at international law, and international embarrassment, for failing to keep our promises. It is UNCLOS that gives New Zealand rights over the resources in the EEZ. But countries, including New Zealand, only have those rights subject to “their duty to protect and preserve the marine environment”.

By contrast, the EEZ Bill “seeks to achieve a balance between the protection of the environment and economic development”.  It ignores three things.

First, long term economic benefit requires sustainable development. Secondly, because economic benefits are more immediate and easier to quantify than the environmental ones, the balance will always tilt the wrong way. Thirdly, “balance” gives decision-makers no guidance. Inconsistent decisions, and bad decisions, are inevitable, regardless of how much the government professes to want to comply.

This business of “balance” is government policy. But out in the EEZ, it is not what the law requires. And by contrast with the expertise of other submitters, it was clear from remarks in the select committee report that government members of the committee had fundamentally misunderstood what that law says.

This is bad for industry, even though the language used in this Bill is weaker than existing environmental laws. It is certainly bad for the environment, and environment-dependent economic activity (all of it).

It’s bad for industry because, if the Bill proceeds, litigation costing everyone money and time is inevitable.

Until fixed by a future government, this new law will cost and embarrass New Zealand, which has already dragged the chain on UNCLOS compliance for 30 years. This was a wasted opportunity to set in place a framework like the Resource Management Act that is capable of enduring for decades.

This is not about what Forest & Bird thinks should happen. This is about what the law says must happen.  Meanwhile, government is doing industry, the economy, our oceans and New Zealand no favours.

Hauraki island branch secretary, Sue Fitchett I am a self-described[...] 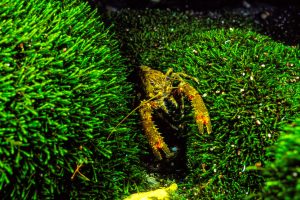