New Zealanders are witnessing the greatest theft in our country’s history. Our freshwater is being taken away from us. While one generation watches as progress and growth is unashamedly used to justify the exploitation of our waterways, another waits to inherit toxic freshwater that is off limits to humans and wildlife. This crisis has been growing for decades […]

Internationally important wetlands are being polluted in the Waikato, as Al Fleming, Forest & Bird’s Central North Island Regional Manager, explains. New Zealand’s wetlands can be described as the “lungs” of land and water and support a greater diversity of native birds, fish, invertebrates and plants than most other habitats. But the Waikato River’s lungs, which are made up of […]

Why aren’t estuaries covered by existing freshwater protections? Amelia Geary, Forest & Bird campaign manager for freshwater, argues they should be. The Manawatū estuary used to be teeming with shellfish and birds, a place filled with people fishing and gathering kai/food. Robin Hapi, Chairman of the Save Our River Trust based in Foxton, grew up on the shores […]

The Latest From Our Ruataniwha Dam Campaign

Legal advice sought by the Hawke’s Bay Regional Council on the Dam consent conditions has confirmed that farmers who sign up to take water from the dam could be required to reduce the intensity of their farming operation to meet the Tukituki catchment’s strict nitrogen limit. Excessive nitrogen in freshwater results in excessive algal growth […] 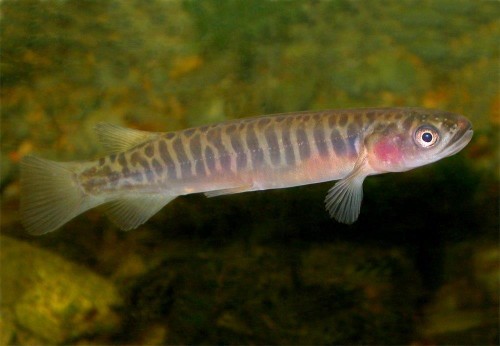 Driving from Christchurch to Ashburton I was struck by the sheer number of cows and irrigators all solidly packed into paddocks. The long bridges and sprawling rivers reminded me of being told as a youngster to hold my breath as we crossed the longest of them. As I turned inland from Ashburton towards Mt Somers, I again held my breath as […]

This article was originally featured in November edition of the Forest & Bird Magazine. If you would like to receive a copy of your own, please consider joining us. Otago’s native fish are in crisis. The latest Department of  Conservation-appointed review has found the region has the highest number of threatened native freshwater fish in the country. […]

As of yesterday there are still 16 signals that our monitor Heidrun picked up at the wetland. There had been 15 for a while but one bird returned after an absence of 7 weeks. Another early departee has not returned but with some birds returning after long intervals who knows what will happen. At the […]

In lakes, rivers and estuaries throughout New Zealand, groups of aquatic flying carpets are mobilising and moving downstream towards the sea.  Late autumn marks the time when a special species of New Zealand flatfish – the freshwater black flounder or patiki – embarks upon a spawning migration to the sea, with juveniles re-entering freshwater and […]