I have recently returned from holidaying in sunbaked Queensland, Australia, which lies on the doorstep of the magnificent Great Barrier Reef. As a travelling environmentalist and advocate for Forest & Bird it’s hard to take a complete break from work because environmental problems are rife throughout the world. And the ‘lucky’ country is by no means spared.

In Australia, they’ve been suffering from record temperatures (sometimes in the 40s and 50s) and in a somewhat Hitchcockian illustration of how climate change is affecting our creatures, bats have been falling out of the sky.

While we can easily cool off in our local pool, bats can’t cool off in these extreme temperatures.

The independent reported that fruit bats are dropping out of the sky due to heat exhaustion and 100,0000 rotting bat carcasses lie beneath their roosts.

Before quietly expiring they cling to trees and urinate in a desperate bid to reduce their body temperatures.

Indeed, I thought we had left our worries about climate change and coal mining in NZ, but no, the Ozzies think they can have it all too.

Australia is the world’s fifth largest coal producer and to fuel the ever growing markets of China and India, they’re looking to undertake a massive expansion of new and existing ports on the Great Barrier Reef. They’re looking to create a 7,000 ship superhighway by dredging a large channel throughout this pristine area to create several new super ports.

Maybe it’s time to review the designation of the site’s World Heritage status and what that means, if they’re looking to support a huge tourism industry and a mega port?

Hamilton Island, where we were staying is weird. Beach resorts are not really my thing but my step-sons are happily working there and their descriptions of the friendly wildlife helped to entice us over there.

The island’s resorts are supported by a large body of staff who are housed in apartments that lie amongst the native Melaleuca forests. From our vantage point on the balcony we could see virtually all the birds present on the island, not a huge diversity but some were very friendly.

Bush stone curlews strutted around below us and we heard their eerie calls in the early evening, not unlike a weka chorus. Kookaburras and pied currawongs tame easily and they quickly learnt which residents provided hand outs.

There are a couple of signposts down at the marina and in the resort asking people not to feed the birds. But like kea, the garrulous sulphur crested cockatoo finds its own sources of human food amongst the not-so-carefully disposed of waste that is piled into rubbish bins.

We soon became aware that a number of birds didn’t look so good. Our hunch was correct and staff at the local mini-zoo confirmed the presence of beak and feather disease, a potentially fatal and incurable viral disease.

The staff did say they would try and catch and euthanize any they saw, but I can’t imagine they would have much time for that between the public koala breakfasts and looking after the animals in the zoo.

Here in NZ, beak and feather disease has been found on, Tirirtiri Matangi where kakariki (red-crowned parakeets) are affected. I didn’t want to risk our bringing back any more disease agents to New Zealand. Who knows if there are different strains which could wreck havoc amongst our rare and threatened parrot species. An example of beak and feather disease

Hamilton Island is a popular destination for New Zealanders and although the main ways that the disease is spread appear to be via direct contact, footwear containing dust particles from infected feathers seems a real possibility. So if you are travelling to Hamilton Island and back to NZ, make sure you clean your footwear and get Customs to wash them with antiviral Virkon.

Bird feeders are another way of passing infection of any kind from one bird to another. It’s important if you use bird feeders that they are regularly cleaned and disinfected to reduce the chance of spreading disease.

As the climate warms diseases are likely to become more prevalent and a greater threat to our wildlife, as some disease agents thrive in warmer conditions and wildlife become stressed and therefore more susceptible to disease.

Infectious diseases can cause rapid declines or even extinctions, so biosecurity and hygiene when coming into contact with wild birds will become increasingly important.

If you want to learn more about the threats to the Great Barrier Reef visit www.fightforthereef.org.au 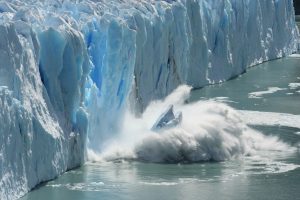