The Government is sharpening bulldozer blades and oil-rig drills. It’s prioritising digging and drilling for non-renewable resources over regulation and protection of the natural environment that our economy depends on.

Undeterred by the embarrassing u-turn on Schedule 4, Minister Brownlee is charging ahead with efforts to facilitate mining wherever possible. A review of the Crown Minerals Act, while quite technical, means making mining permits easier to get. More alarming is the Minster’s blatant advocacy for mining, unmatched by Government advocacy for the environment. 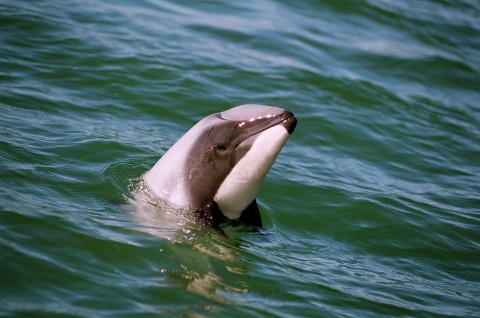 From the intoxicating fumes of the petroleum industry conference, the Minister announced a massive funding boost Crown Minerals – the agency that calls the mining industry “clients”. Unsurprising there is no corresponding boost for the Department of Conservation to advocate for the other side of the coin (just a $13.5m p.a. cut). This reflects the priorities in the proposed Energy Strategy: “develop resources” first, “environmental responsibility” fourth.

The Minister then exhibited all the wisdom of a Texan oil baron as he promoted oil exploration at sea. It doesn’t worry him that there is still no environmental regulation for most of our seas, that less than one per cent of our seas are in protected areas (compared to one-third of our land), that a Louisiana-type oil spill would be catastrophic to our economy and environment, and that there is little social consensus (especially among iwi) that oil exploitation is a good idea. Let alone the unknowns of the sea and the challenge of climate change.

Instead of inviting a national debate on what is best for New Zealand, he attacks “certain interest groups” who don’t see the world through his “she’ll be right mate” attitude to digging and drilling.

The Government has its priorities wrong. New Zealand needs to assess the risks and opportunities, and put in place the checks and balances, before we fossilise the economy and environment. Fortunately, others see the big picture. Last week the Parliamentary Commissioner for the Environment proposed doing away with mining’s privileged access to conservation land, and Forest & Bird submitted to a Parliamentary committee that Schedule 4 should be extended to additional core conservation areas like ecological areas and marine mammal sanctuaries.