Rodney has finished his 6.45am on-ship briefing. I photograph his hand-drawn map of Enderby Island and kit up for the day; wash the gumboots in antibacterial solution, check velcro for stray seeds, put on a life-jacket, throw some woollies and lunch into a daypack and head for the gang-plank. Gentians and Anisotome flowering on cliffs, the sealion community, a yellow eyed penguin and a regular visitor to Enderby island, Rodney Russ.

I ask Sergey one of the Russian sailors how to say ‘hello’ in Russian. He smiles and says ‘privet’ and then we’re descending the steep steps and clambering into a zodiac, all excited smiles and zoom lenses.

We’re 460km south of Bluff, in a World Heritage nature reserve in the middle of the Southern Ocean. It’s a place renowned for wind-driven rain and cloud. But today it’s cloudless, windless and balmy as we head for Sandy Bay on Enderby Island. Once grazed by cattle and rabbits, the island is now free of both and recovering strongly.

Centre stage on the beach a large harem of sea lion females with pups are ringed by giant ‘beach master’ males; growling, lunging and biting each other. Around them at a safe distance are the ‘dateless and desperate’ younger males, watchful and hopeful.

A group of us set off on an 8km walk around the island with expert guides Alex Fergus, normally a DOC botanist and Katya Ovsyanikova, a Russian marine biologist. The first leg is on a board-walk through chest-high wind-sheared rata-Myrsine forest. A royal albatross is nesting right next to the boardwalk. My first impression is its huge size: Seeing them on the wing gives you no idea. It looks relaxed but we are asked to still give it a wide berth.

We pass through a field of large yellow (Bulbinella) and pink (Anisotome) flowers before emerging at a cliff edge on the northern coast. Large clumps of pink and white ground-hugging gentians are starkly contrasted by the bright blue oceanic swell churning up bull kelp 60 metres below us. A pair of light-mantled sooty albatross ride the updraft along the cliff edge in a synchronised flying display, a courtship ritual. Their feathers are shades of grey, with the dark charcoal of their head and neck in striking contrast to a semicircle of white feathers just behind their eyes. One is nesting on a short mud pedestal on a narrow ledge about 10 metres below the cliff top.

An Auckland Island shag (they live only on this island group) lands in front of me and sizes me up. It’s curious and takes a few steps closer, then closer still until it is only a couple of metres away. I watch another shag diving for fish in the fringe of kelp clinging to the base of the cliff. In spite of huge swells surging around it, the plucky bird is successful with every dive. Dozens more nest on a high ledge and still more rest on the swell.

Dropping down to the coast again we run into some of the world’s rarest ducks; three Auckland Island teal. They are small, brown, flightless and territorial. We watch them quarrel and chase each other round the tussocks and in and out of the creek.

I notice a rustling in the tall tussocks and bend down to have a look, thinking it might be a snipe: A Hooker sea lion suddenly rears up, growls and bares its yellowed canines at us. We’ve been told to stand our ground when this happens: Easier said than done.

We snack at Bones Bay by Derry Castle reef (named after a ship-wreck in 1887) before heading down the eastern side of the island.

We come to a forest of wind-sheared and age-twisted rata. A female sea lion rests at the entrance so we detour around her, for a while losing our way. I can’t believe my eyes: There’s an understory of the megaherb Stilbocarpa, looking like giant glossy rhubarb. The rest of the forest floor is covered in ferns and bright green moss as smooth as billiard velvet. We stop to watch a pair of red-crowned parakeet feed in the rata overhead then fly down and clamber around an old stump. Tomtits feed on insects and we hear bellbird and tui in the canopy. We are extremely reluctant to leave this enchanted place.

We pass back into open country. A sudden movement in a freshwater pond catches my eye: It’s a big sea lion cooling off. I go to photograph it but get distracted by another pair of brown teal feeding on the pond margin at my feet. Walking on through thick fern we come face to beak with a yellow eyed penguin standing on the track. Like all else here, it seems unconcerned with our presence, all the more surprising given the history of sealing, whaling and farming on the island.

Back at Sandy Bay we watch the angsty antics of the sea-lion harem before running the gauntlet of the sub-adult males back to the zodiacs. I linger a bit. I just want to make sure I’m on the last boat off.

• Heritage Expeditions, owned and operated by Rodney Russ and his sons, takes people on guided small ship voyages to the sub-antarctic islands and polar regions. As well as offering discounted rates for Forest & Bird members and donating a portion of their sales to Forest and Bird, Heritage provided a free berth for F & B staff on each of the two voyages. Kevin Hackwell and I were privileged to have one each. 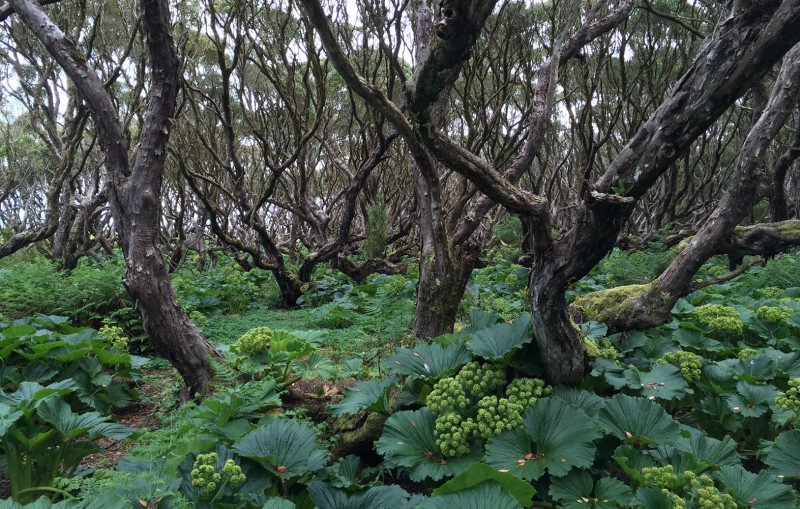 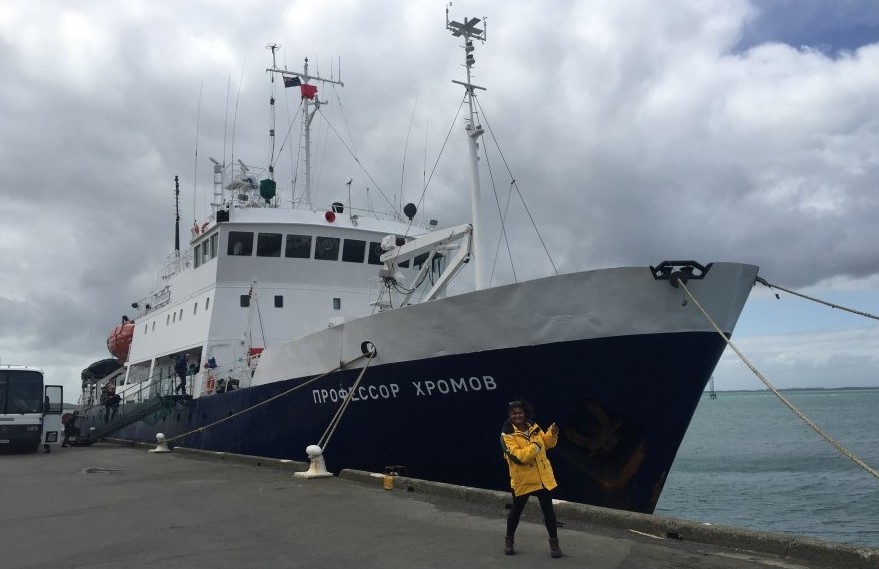 An adventure to the Sub-Antarctic Islands

My excitement has been building all week and when I[...]