The announcement of funding for three conservation pest control projects in Northland, while great news masks the fact that the majority of Northland native forests on conservation land have no meaningful and consistent large scale pest control. On private land thankfully, pest control is expanding.

The funding announced will expand ground based pest control on current public and co-managed conservation land. But the ground work will occur in a small proportion of these forests while the rest continues in varying states of collapse with very little pest control. There’s currently just not enough quality work targeting the key offenders over the vast areas of remaining forests.

Just because forest collapse isn’t in the headlines, it hasn’t gone away. This summer introduced pests and the climate crisis have joined forces to exacerbate Northland’s native forest collapse. Northland got 40% less rain last winter – that’s the lowest in a very long time. So the water table beneath forests is low and getting lower with forest floors already dry and wilting plants.

Where there’s been no pest control and the insulating leaf litter is all but gone, kiwi are being found in the daytime, dehydrated stumbling around.  In some spots tree ferns are beginning to die. Dying trees will be seen soon from the joined impacts of being attacked by possums for years and drought. Natural resilience is at rock bottom.

The current drought will have devastating consequences as the the last wet spots dry up. All native birds need water, but so do their enemies, the introduced predators. The drought is driving them into the same places for water.

Northern native forests under a regime of aerial 1080 every three years and ground based trapping have the most resilience against localized extinctions, collapse and extreme weather events. We need to use all tools to bring back the abundance in native forests. 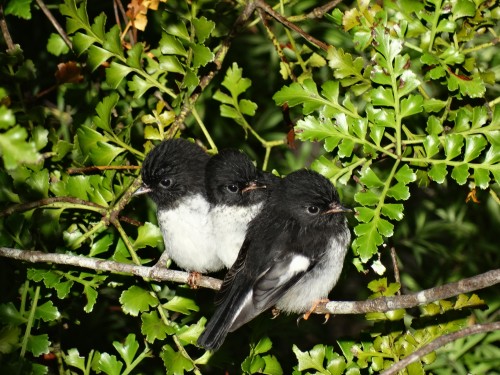